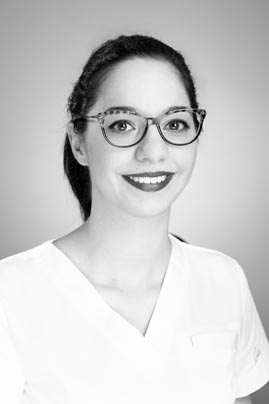 The periodontium is a functional unit of certain tissues that support the tooth, consisting of the gingiva (gum) and the connected apparatus (periodontal ligament, tooth cement and alveolar bone). The main function of the periodontal tissues is to attach the teeth to the bone of the jaw, thus supporting the teeth, ensuring limited tooth movements and receiving and neutralizing the masticatory forces.

A healthy tooth does not shake and the gingiva around it is pink and similar in appearance to the surface of the orange. Gingival bleeding or withdrawal accompanied by bad breath may be a sign of gingival and periodontal disease. The most common cause of gingival inflammation and bleeding is poor oral hygiene. Bacterial deposits accumulate on teeth that are poorly or not cleaned at all. The bacteria in the deposits produce toxins and metabolic products that irritate and damage the gingiva and develop inflammation. If left untreated, the bacteria invade the periodontium, the alveolar bone surrounding the teeth begins to decay and the ligaments that bind the tooth to the bone weaken and perish due to the multiplicity of bacteria. A periodontal pocket is created. Teeth become movable, chewing is difficult, and “gum withdrawal” is observed, which can be accompanied by pain. Such teeth are often sensitive to cold, warmth and sweet.

Gingivitis is an inflammation of the gingiva. His symptoms are mainly redness, swelling and bleeding of the gingiva. Gingivitis is primarily caused by poor oral hygiene, but it can also be caused by some hormonal changes, medication intake, systemic diseases or malnutrition. With proper oral hygiene and professional dental cleaning, a dentist can completely cure gingivitis. If left untreated, gingivitis can progress to periodontitis.

Periodontitis with caries is the most common cause of tooth loss. It is also known for its role in general health and is associated with cardiovascular disease, stroke, diabetes, pregnancy problems, etc.

What is a plaque and what is the tartar?

Dental plaque is a sticky, colorless film that is made up of bacteria and the produce of their metabolism. It begins to accumulate on the teeth 10 to 20 minutes after brushing. The bacteria in the plaque uses sugars that are brought in by food and drinks and accumulate until the tooth plaque is removed by brushing.

The plaque, which is not removed from the tooth surface for a long time, turns into a tartar because it absorbs minerals from the saliva. Due to its property (80% of inorganic salts, mostly crystals and minerals with calcium and phosphates being the most prevalent), the tartar appears to be a hard white or yellow deposit, in some cases due to the entry of hemoglobin from the blood into the tartar composition, it can be black in color. Unlike plaque, tartar cannot be cleaned by brushing or flossing alone, but professional dental cleaning and polishing is required by a dentist.

How is periodontitis diagnosed and treated?

Periodontitis is diagnosed on the basis of anamnesis and clinical examination, using a special periodontal probe to measure the existence and depth of periodontal pockets and to record gingival bleeding sites, its shape and color, and many other data using periodontal indices. For a complete diagnosis, an orthopantomographic imaging of the jaw is also required to determine the damage of the alveolar bone.

The therapy is adapted to each patient depending on the form and stage of development. The goal of any therapy for periodontal disease is to eliminate bacteria as the main cause of inflammation, and to stop inflammation and further tissue destruction. Reduced pocket depths and proper oral hygiene and professional maintenance in the long run increase the ability to preserve natural teeth and greatly reduce the risk of serious health problems associated with periodontitis.